Ageing on the farm: Making a safe transition 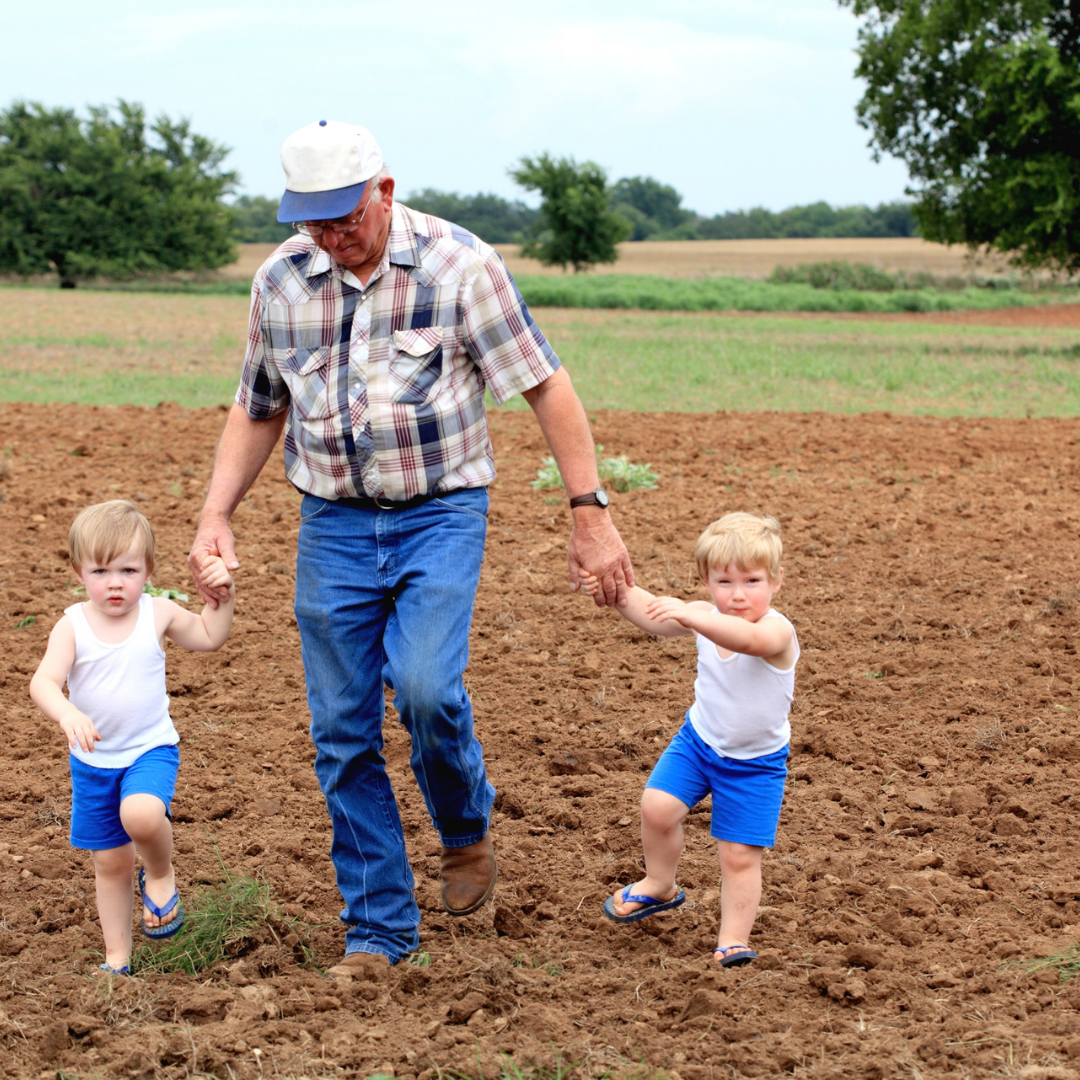 This topic will be discussed as part of our online Bonfire Q&A on February 23rd at 7:30pm, “Healthy ageing on the farm”.

Bill always wanted his son to take over his farming business at Lockhart in NSW, it’s just now he doesn’t know what he should do with himself.

He doesn’t regret his decision. Bill has seen what can happen when parents hold on for too long, and not hand over the farm responsibility to the next generation. So when his son, Richard came back to their sheep and wheat farm at the age of 30, they drew up a plan to share ownership and hand over the management to Richard and his wife Isabelle.

“The transition happened over a few years and was pretty smooth”, Bill said. “We got some help from a professional to get some ideas and work through some of the trickier bits.”

“However, what I now realise is, that I basically forgot about myself – and never really discussed my ongoing role on the farm, once the transition was over.”

Bill’s experience is an example of the mental health problems caused by low role clarity, as detailed in Worksafe’s guide on managing work related stress.

At 66, Bill felt far from old. His back wasn’t up to a full day of crutching sheep anymore, but he also wasn’t ready to retire completely.

“I guess, I also didn’t realise how much farming was a part of me, until I stepped back,” Bill said.

Bill was doing some odd jobs around the farm, but he wasn’t finding it very fulfilling.

Then, he had an accident.

He was on a new tractor, cleaning up the farm, when a stick flicked up underneath, puncturing the radiator hose. His hearing has been affected by decades of working with farm machinery … and he didn’t hear that something was wrong.

Ultimately, the engine overheated and was completely destroyed. It wasn’t an easy conversation to have with his son.

.“I didn’t want to be seen as too old or a safety risk,” Bill said.

Ageing on farm is of course a natural process, but a new concept, which Cultivate Farms is investigating. It’s developing a project to help farmers identify pathways to stay on farm as long as they want, even if they don’t have a family successor.  The median age of farmers and farm managers in Australia is 56, making it an especially important topic for the industry.

Physically ageing farmers can often experience hearing loss. This not only poses a risk for accidents and injury, but can also affect farmers’ social connection and mental health. Ageing can also exacerbate arthritis and muscular pain, often caused by the physical tasks of farming over a long period.

Ageing on farm does not need to be a negative process, but it does require farmers to consider, and make changes to support their physical, social and mental wellbeing on their farm.

“Our message to retiring farmers is you don’t have to sell or walk away from your farm.”

The first step for Bill was to set up a family meeting. Which he did, after his tractor incident.

“I had to be open and say I was struggling in not having a leadership role on the farm.”

Bill says he realises he needs to be more mindful of his hearing loss, but another factor in the tractor incident, was that because he’d been working less on farm, he was out of practice.

“You know, as soon as I spoke to my son and daughter-in-law about it, they understood. And they were actually relieved for me to help them more in the farm business sense.”

Now Bill’s role is set out, he’s involved in business management decisions and is consulted about what physical work he’d like to do. Feeling that he doesn’t constantly have to prove himself has also made Bill feel more comfortable in stepping back at times as well. He’s finding a better balance between work on the farm and life off-farm—even spending a day a week at the Men’s Shed in town.

“I feel like I still have that flexibility I wanted when I decided to step back, but now I have my identity and purpose again too,” Bill said.

Injuries on the farm can lead to stress, long-term health concerns and loss of income or even fatalities, so preventing them from happening is the best way of protecting your mental health. When it comes to running the family farm, investing in mental health initiatives is not only good for your family and workers, but it’s good for business too. The NCFH is supporting farmers just like you to manage and respond to work-related risks that impact on workplace mental health – these are factors in your work that can affect an employee’s mental health and include high job demands, low job control, low role clarity and more. Managing these factors, means decreasing the risk of work-related stress, which can prevent physical injury, mental injury or even both at the same time.
Find out more about being mentally safe on farm at www.farmerhealth.org.au/campfire.

You can join the online bonfire session, “Ageing on the farm” on February 23 at 7:30pm.