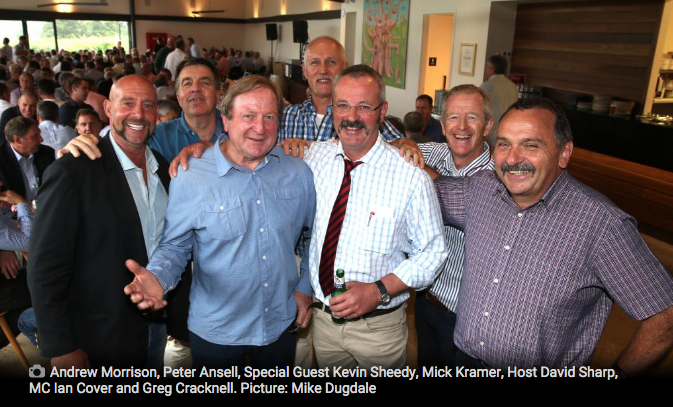 THE boys were back in town yesterday for a good cause — a good time.

Moustaches and RM Williams were on full display for the annual Gentlemen of Geelong lunch, which drew a capacity 220-strong crowd to the Bellarine Peninsula.

Men from across Victoria met at the Flying Brick Cider House for the event that aims to encourage them to talk about things historically off limits, such as depression and suicide.

Flying Brick owner David Sharp said monies would be donated to a range of charities, including Headspace Geelong, Lifeline Geelong and the National Centre for Farmer Health.

“The lunch has been running for 14 years. About 10 years ago, we decided to give the lunch a lot more meaning,” he said yesterday.

“Men’s mental health is an issue close to a few of us who are on the organising committee.”

Donations can be made at www.au.movember.com — then type in Gentlemen of Geelong.