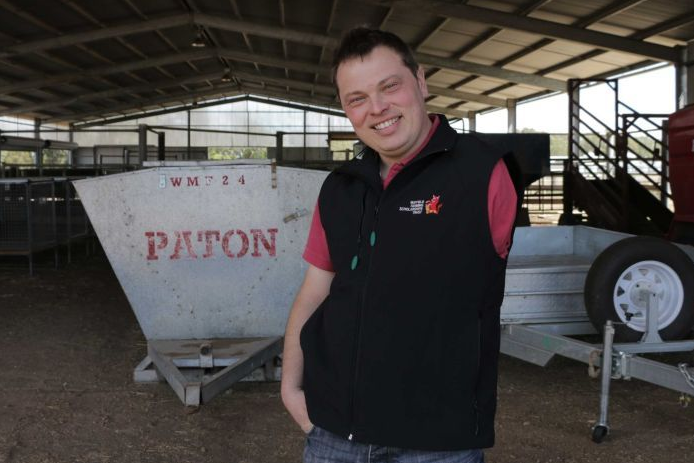 In 2005 British farmer Jim Chapman lost his left arm after he got too close to an unguarded tractor shaft.

“It was like [in] a matter of seconds, it grabbed hold of my jumper, wound me in and I went over the top of the shaft and landed on the floor without my left arm,” he said.

Mr Chapman is visiting Australia from the United Kingdom as part of the Nuffield Farming Scholarship he was awarded last year.

His goal is to explore methods of reversing what he calls the “appalling safety record in agriculture”.

For 12 months Mr Chapman struggled to deal with the aftermath of the accident that left him without his arm.

Eventually, his friends dragged him out of the house and he became involved in a young farmer’s organisation and was later asked to be part of a farm safety campaign.

“They wanted a disabled farmer who didn’t mind telling their story about having an accident on the farm and how it affects your life,” he said.

Mr Chapman now goes around telling his story to other farmers in the hope he can change attitudes to farm safety.

“My aim really is to make safety sexy once again,” he said.

“I say that for a bit of a laugh and it gets people in a bit of a smile but really it’s about changing that attitude.”

Taking a look at Australian farms

Mr Chapman stopped by Jigsaw Farms near Hamilton, in south-west Victoria where he was impressed by owner Mark Wootton’s approach to safety.

“The guy’s a fantastic farmer,” he said.