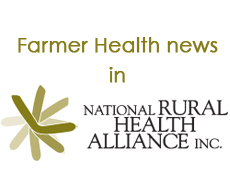 A study reported in the April 2015 issue of the Australian Journal of Rural Health (AJRH) has found that 51 per cent of the nation’s farm workers are regularly exposed to daily noise levels above the Australian Exposure Standard. Using data from the Australian Bureau of Statistics, it is estimated that around 163,000 Australian agricultural workers are affected.

Hearing loss affects approximately one in six people and with an ageing population this is projected to increase to one in four by 2050. Australian farmers are particularly at risk because of their long-term exposure to harmful noise levels from tractors, workshop tools, heavy machinery and firearms. A previous study found that, on average, the hearing-age profile for farmers was 10-15 years worse when compared with the general Australian population.