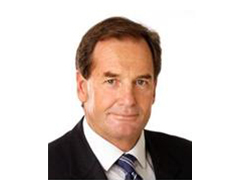 State Member for Western Victoria Simon Ramsay has called on the Abbott Federal Government to provide funding in the May Budget for Hamilton’s National Centre for Farmer Health.

Mr Ramsay is a strong advocate for the ongoing funding through the Western District Health Service for the Centre to continue its work in working with farming families.

“The centre works specifically to improve the quality of life for Australia’s farming community, in response to a disturbing trend of poor physical and mental health in that demographic of the community,” Mr Ramsay said. Mr Ramsay has been a long-time supporter of the centre, especially in his former role as the President of the Victorian Farmers Federation.

“In my previous life representing the farming community, I was well aware of the work of the National Centre of Farmer Health in the sustainable farming family project.

“This was active during one of the worst droughts Australia has seen. It was critical in reducing the impact of high rates of depression and suicides in our farming communities,” Mr Ramsay said. “Poor farmer health and incidence of disease is high in the farming communities and the nature of their work requires specific research and programs to respond to this disturbing trend”.

The Centre has been operating since November 2008 as a partnership between the Western District Health Service and Deakin University.

It works to support farmers by researching and advising of farms safety matters, with an emphasis on health and mental health for the farm sector that traditionally has not been proactive on this front. The work also creates a broader awareness for farm-related industries and associates. Mr Ramsay congratulated the Handbury family for providing the seed funding for the Centre and the Napthine Government for allocating $250,000 in its Health budget to complement a national approach.

“I now call on the Abbott Government to provide a similar commitment that will truly provide a National approach to a national problem,” Mr Ramsay said.