2019-07-15: No psychiatric beds, but wife of suicidal man refused to give in – The Sydney Morning Herald 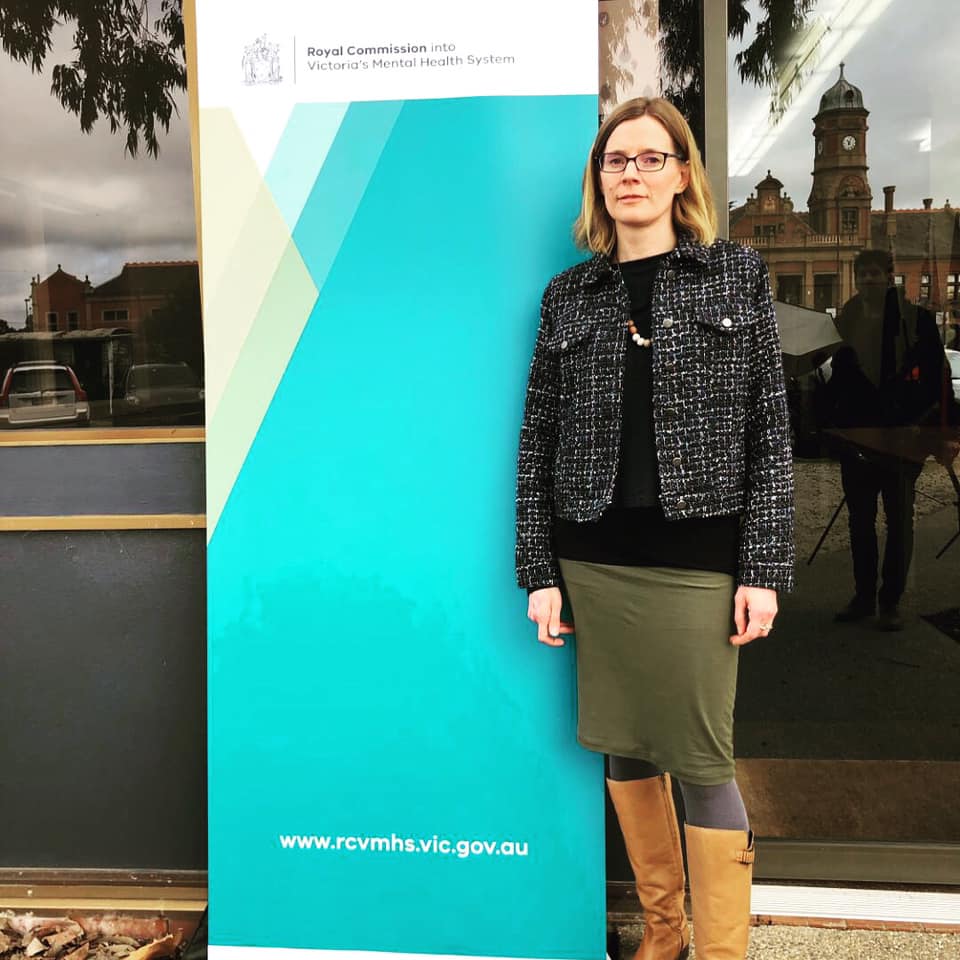 A woman had to consider locking her suicidal husband out of their family home in order to get him the help he desperately needed and that would only be given to him if he was deemed homeless.

In harrowing evidence to the mental health royal commission, Christine Thomas said her husband, Trevor, was in so much distress in September 2014 that he wanted to die.

Mrs Thomas was even scared for his safety if he went to the toilet alone.

However, when they arrived at a regional hospital’s emergency department, a psychiatric nurse said that although Mr Thomas was highly suicidal, there were no beds available.

The Numurkah couple were told to go home and come back the next day.

Mrs Thomas said she had been warned in advance by a family support worker that this may happen. She followed the worker’s advice by walking out and leaving her husband behind.

Mrs Thomas told of her anguish in having to leave her husband of 20 years at the hospital: “Nobody should ever, ever have to do that to someone they love, and he shouldn’t have to have that done to him.”

She said that after leaving her husband at the hospital, she hid in bushes in the car park, in case he was sent home in a taxi when a staff member rang her to say they had found a psych ward bed.

After a few days he was admitted to a PARC – Prevention and Recovery Care unit – but Mrs Thomas was shocked to discover that it was not a locked facility.

“So I’m in this dilemma: Do I leave him here? Do I take him home? I’m struggling to keep him safe…

“When he got up during the night to go to the toilet [at home], I’m sneaking up behind him to make sure, yes he’s going to the toilet.”

She said when Mr Thomas was about to be released from PARC, his medication wasn’t established and “he wasn’t well – not that much better than when he went in”.

Again through the support worker – without whose counsel, she said, she believes Mr Thomas would be dead – she learned that, if he was homeless, he couldn’t be released.

So she had “the pain and anguish of looking Trevor in the face after 20 years of marriage and saying, ‘You can’t come home. I’m going to change the locks on the door, I’m sorry, you’re homeless’ and once again walking out … but that was the only way I would keep him getting some help.

“If you didn’t have somebody in the system, saying ‘Hey, this is what’s going to happen’, and sure enough these things happen, Trevor would be dead today. This person, I owe them his life.”

She hasn’t sought help from mental health services after her husband’s more recent breakdown in January because she was so disillusioned.

“I didn’t have the strength or the fight to fight with a broken system, this time it’s been different and worse, his breakdown, and I didn’t think the system would keep him safe.”

Mr Thomas told the commission that his father and two uncles died from suicide, and that he had suffered depression since his late teens, but didn’t get help until he was 58. He said he was “brought up in a family of blokes who were blokes and didn’t talk about that sort of stuff”.

He felt that times had changed, for example with GPs – “instead of just saying, ‘Take these pills and go home’, they’ll get you back every week and see how you’re progressing.”

Mr and Mrs Thomas were among seven people, including health professionals and community witnesses, who gave evidence to the Royal Commission into Victoria’s Mental Health System on Monday, its tenth day. The commission was sitting at the Community Hub in Maryborough, 167km north-west of Melbourne.

Another witness, farmer Al Gabb, told the commission that he became seriously depressed six or seven years ago after a relationship breakdown and his life “unravelled”.

Living alone, he became severely depressed and would speak to no one for weeks at a time while farming at his property at Skipton, 50 kilometres west of Ballarat.

He said the government-funded 10 week health plan sessions with a psychologist arranged by his GP proved inadequate, and he attempted suicide several times.

He was “very lucky” to be able to afford, with his family’s help, to see a private psychiatrist in Melbourne, however, it proved impractical to leave the farm to attend each session “for the best part of a day”.

Dr Alison Kennedy, a research fellow at Deakin University and the National Centre for Farmer Health, said researchers are working with the Coroner’s Court to gain a better understanding of farmer related suicide in Victoria.

Risk factors for included that fewer services were available from psychiatrists, psychologists, GPs and mental health nurses, and existing ones were not always experienced with issues farmers faced.

Stigma of admitting mental illness, of not being seen to be coping was stopping people getting help, and sometimes the only health professional was a local who they feared might gossip.

Maryborough District Health Services CEO Terry Welch told the Commission that complex psychiatric emergency cases had to be referred to a major town such as Bendigo.

There were no secure facilities at its urgent care centre and disruptive patients sometimes had to be transported by the police.