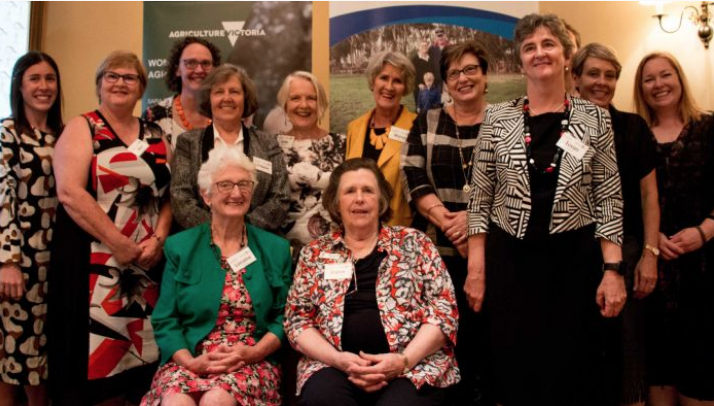 Just shy of twenty years ago, a large group of women working in rural industries embarked on an overseas study trip that would change the trajectory of many of their lives and point them towards the peak of their professions.

The second International Women in Agriculture Conference was held in Washington DC in 1998, attended by 120 Australian women and a select 30 from rural Victoria.

The Victorians were awarded bursaries from the State Government for the three-week trip that included an agricultural study tour.

Most had never been overseas before, and many of them now say it was a pivotal moment in their careers.

At 21 years of age, Caroline Coggin was the youngest delegate to attend the Washington DC conference.

“I actually feel that perhaps it has changed me more than I realised and perhaps I don’t give enough credit to travelling to Washington and being on that tour,” Ms Coggin said.

“We got our bursaries for a reason. We were already doing things in our communities, and then we came back and did more.”

Two decades on, a new research project by the National Centre for Farmer Health is tracking the women down to find out just what impact the trip had on them.

“I’ve been a bit awestruck to be honest. They’re very inspiring women and they’ve achieved a lot,” Ms McNamara said.

While the study is still in its infancy, Ms McNamara said one statistic has stood out the most for her — that combined, the 30 women have been on over 170 boards and committees.

“I think there are a lot of women who are part of this research who had a pivotal effect on rural women’s engagement and recognition in agricultural industries and influence on all levels of government,” she said.