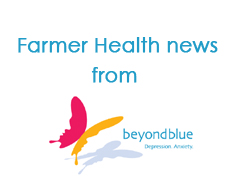 A world-first research project involving thousands of men, including former Australian rules footballers, refugees and fly-in-fly-out workers, will aim to end the embarrassment that stops them from getting help for conditions such as depression and anxiety.

The STRIDE (Stigma Reduction Interventions: Digital Environments) project is comprised of six smaller projects that use technology, such as apps and websites, along with evidence-based techniques to show men that taking action on mental illness is nothing to be ashamed of. It is funded by beyondblue with donations from The Movember Foundation and has been unveiled to coincide with Men’s Health Week this week.

beyondblue CEO Georgie Harman said STRIDE was a response to the shocking number of men who die by suicide in Australia each year, which is almost double the number who die on our roads. …