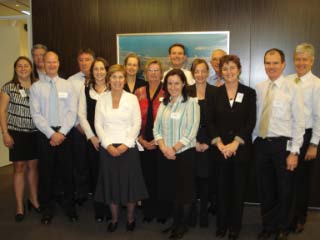 There have been a total of ten meetings: 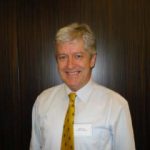 Professor John Martin (Chair)
Latrobe University
John is the Chair of the Sustainable Farm Families Advisory Group.
John has had extensive experience with the Sustainable Farm Families program.
John has a strong interest in the institutions and processes that create sustainable communities.
His initial training in ecology and natural resource management, sociology and a PhD in public policy provides a multidisciplinary view on sustainable development.
John has worked across Australia for the Federal, state and local governments and in the Asia Pacific and Africa on a range of assignments for the World Bank, the ADB, AusAID and the UNDP. His current research and consulting interests include local and regional governance, agriculture and rural change, and the impact of climate change on regional Australia. 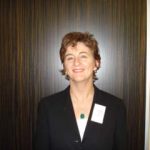 Martin Butler
Farmer Representative
Martin qualifications include B.A BSW, MSW, Advanced Certificate in Family Therapy, actively involved in both AASW national/state Boards, and has a scholarship named in his honour for his contribution to Field of Social Work. Martin has also practiced across remote and rural communities in health, education and community sector. Martin and Wendy run a Suffolk Stud and also Dohne Merino’s. Martin has been involved in the delivery of SFF programs.
Professor Evelyne de Leeuw
Deakin University
Evelyne de Leeuw is professor of Community Health Systems and Policy. Her research and teaching involve health policy development, public health development, healthy cities, and international, transnational and global health. Professor de Leeuw has an extremely wide array of research interests, all stemming from a curiosity into health decision-making. Applying theories, methods and tools from the social, political and health sciences, she is involved in the following projects in Australia and overseas: 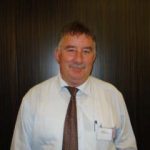 Dr Jim Hyde
Director Prevention and Population Health at the Victorian Department of Health
His career has focused on the development of achievable strategies for the implantation of evidence based policy.
Dr Hyde is particularly interested in primary prevention and health promotion approaches and interventions and has strong networks within the public sector. He has been a regular media commentator and a columnist for the Sydney Morning Herald, as well as the media spokesperson in a number of positions he has held. 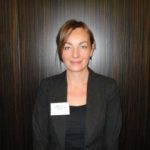 Delwyn Seebeck
Victorian Farmers Federation
Delwyn represents the Victorian Farmers Federation on the Advisory Group.
Delwyn has been a member of the VFF Social Policy Committee for 7 years and has a very real empathy for the triple bottom line for Victorian farmers.
She has been working in her family dairy farming business for 35 years, and has extensive experience as a member of a range of community and farming industry groups for 40 years and has an interest in the health of our rural communities.
She is currently Chairman of the Rural Financial Counselling Service Wimmera South West, a member of the Australian Dairyfarmers Board and a United Dairyfarmers of Victoria Central Councillor.
Delwyn is keenly interested in the Sustainable Farm Families program as a representative of the Victorian Farmers Federation on the original Steering Committee of the program. Delwyn was also a participant in the first pilot program for the Dairy Industry.